Click Here to Call Now!
Learn more about how helicopters can benefit your agricultural operation in Connecticut.
Call FairLifts at 1-800-318-8940 now!

Helicopter application for AG-Operations in Connecticut

Aerial applications are also versatile. Treatment chemicals can be mixed and loaded directly on the nurse/platform trucks that transport helicopters, saving time and transportation costs. The Robinson R44 and BELL 47, which are are often used in helicopter aerial applications in Connecticut, are compact aircraft that afford large quantities of spray, can be easily transported and have lower fuel costs.

FairLifts schedules spray service solutions to farmers and growers in Connecticut , and provides additional services, such as, crop surveys, line inspections and more. Operated by expert pilots that hold Growsafe and Chemical handler certifications, our network of affiliate helicopters are equipped with DGPS to ensure precision applications.

Agriculture in the Nutmeg State

Connecticut has the highest per-capita income, human development index (0.962), and median household income in the US, and agriculture plays an important part in the state’s robust economy, adding $4.8 billion to the state’s revenues each year. More than 60 percent of the state is farmland, forest and open space, which affords significant natural resources and enhances the environment. Connecticut has a wide array of nursery and greenhouse products, including ornamental shrubs, flowers, bedding plants, trees and much more, which average 45 percent of the state’s farm receipts.

The state produces many traditional row crops, such as corn and soybeans, and specialty crops like fresh produce and forestry products. Connecticut’s agribusiness industry includes numerous companies that maintain the state's farmers and ranchers, including major processing and packing companies as well as global exports. Aerial application in Connecticut enables farm efficiency and productivity by covering large areas efficiently and effectively. Helicopters can be used to spray, treat and protect crops, such as, tobacco, alfalfa, apples, sweet corn and maples for syrup production.

FairLifts schedules an array of aerial application solutions in Connecticut, including crop surveys and dry and wet spraying. Helicopters provide a more precise and consistent coverage of agricultural crops, working more quickly and limiting the environmental impact on the area. The benefits include cost and time efficiency, higher yields and productivity, increased quality products and greater profit margins. The following are just some of the options FairLifts arranges for aerial application in Connecticut. 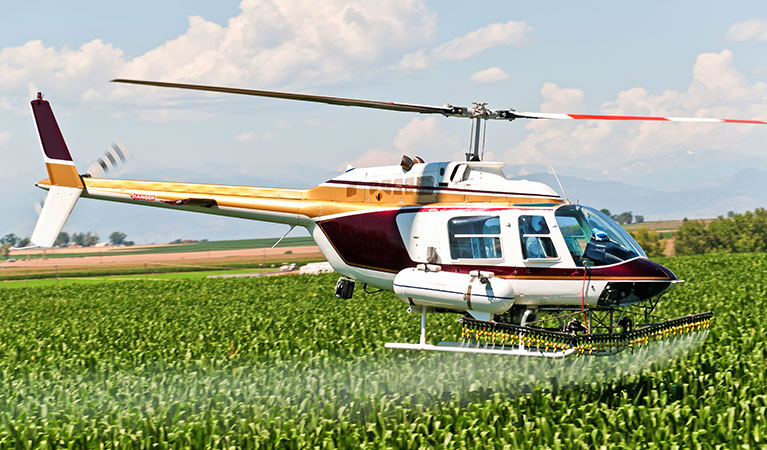 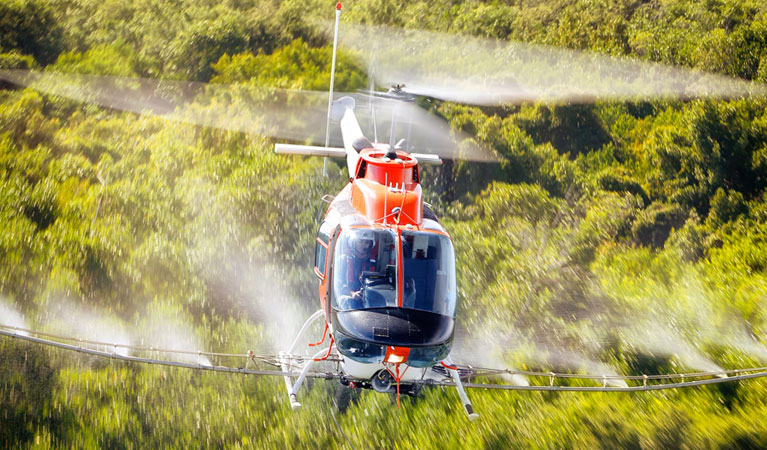 Mosquitos and pests can cost the agricultural industry millions of dollars in losses each year, endangering crops and jeopardizing the quality of products. Luckily, helicopters allow for easy access to crop areas and fields with limited environmental impact. Working with a network of pilots trained in minimizing pesticide drift and spray drift, adulticide and larvicide applications, FairLifts guarantees superior aerial applications for incomparable results.

Aerial applications of herbicides can be done much more quickly than ground applications, precisely and evenly spreading vast areas. Able to reach rugged terrains and remote areas, aerial applications enable crops to be protected from noxious weeds and brush encroachments. 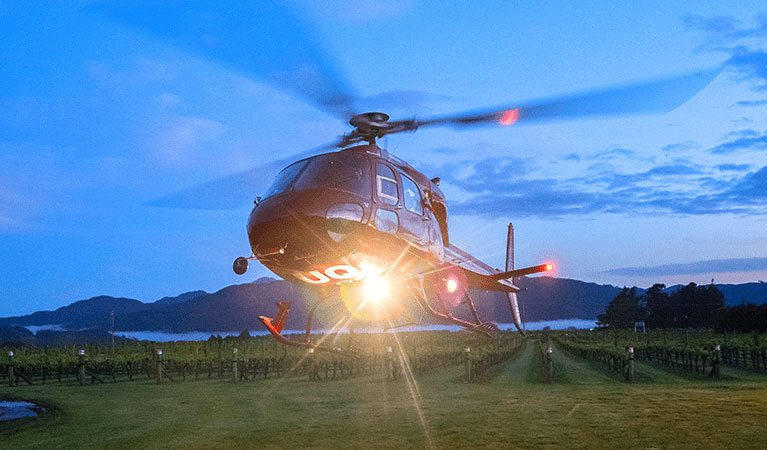 Experts are standing by to get you a fast quote for your agricultural job in Connecticut!
Call FairLifts at 1-800-318-8940 now!

FairLifts works with the most professional and experienced pilots and operators working in the agricultural aviation industry. Each of our agents is well-versed in assisting farmers in producing higher and better quality yields in Connecticut and can assist you in your own growth. Simply contact us seven days a week to discuss environmentally and neighborly crop dusting and spraying this next growing season.

We work hard to provide helicopter solutions for farms and agricultural businesses in all of these areas and more in Connecticut....