Helicopters were designed to be some of the most versatile machinery utilized by civilians and military around the world. The following are the largest helicopters known to man.

This Soviet/Russian aircraft is famously known for the containment efforts of Chernobyl’s nuclear accident in 1986. It is the largest and most powerful helicopter to have gone into series production. It is operated by both military and civilian operators in nearly 20 countries around the world. The Halo has a cargo area 12 meters long and 3.3 meters wide. It can accommodate two combat vehicles weighing up to 9,988kg. The interior can seat 80 combat-equipped troops or 60 stretches.

The Harke takes on the role of an aerial crane for the Soviet military. Entering services in 1963, the aircraft is useful for its ability to move and place large, bulky and heavy loads with precision. This aircraft has a takeoff weight of 96,340 lbs and can seat up to 28 passengers in the cabin. The external fuel tanks aboard the Mi-10 provides a maximum range of about 267.19 miles. 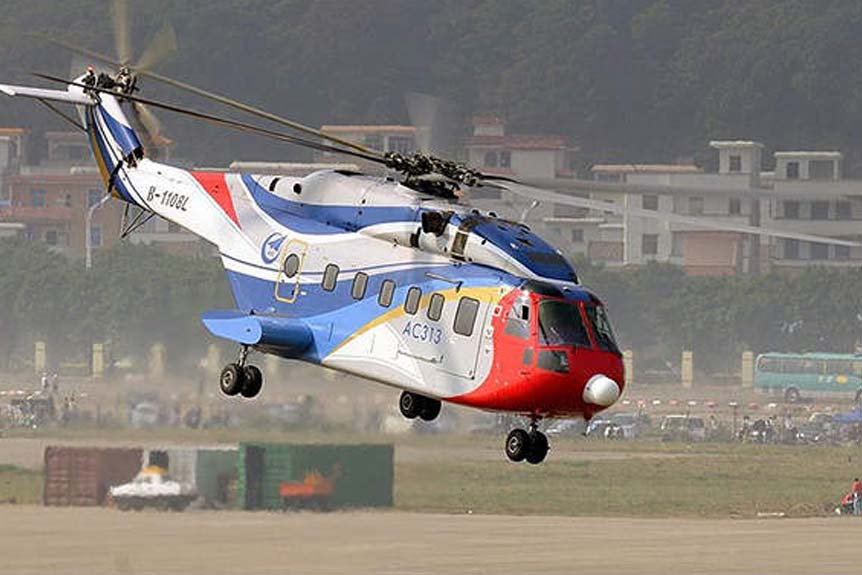 The AC313’s design is based on the earlier Harbin Z-8. It is designed to carry 27 passengers. It is only the second helicopter to be able to operate in the Qinghai-Tibet Plateau. With a maximum range of 560 miles, this chopper is best for offshore oil and gas support, cargo transport, medical evacuations, and maritime surveillance.

Designed by the Mil Moscow Helicopter Plant, this Soviet/Russian helicopter is used for heavy transport. Hook was the first Soviet turboshaft-powered production helicopter. The fuselage of the Mi-6 leaves enough space to seat 65 armed troops or 41 stretchers, plus two attendees. The maximum takeoff weight is 93,700 lbs.

Operated by the U.S. Marine Corps, this aircraft was developed from the CH-53 Sea Stallion by adding a third engine. Utilized as a heavy-lift chopper, it is designed to transport up to 55 troops or 30,000 lbs of cargo. External load capacity is up to 36,000 lbs. The Super Stallion also has a range of up to 621 miles. This aircraft is perfect for amphibious assault missions.

The Bell Boeing V-22 Osprey is an American V/STOL military transport aircraft. It is designed to combine the functions of a regular helicopter with the long-range, high-speed capabilities of a turboprop aircraft. Accommodating 24 combat troops or up to 35,000 lbs of external and internal cargo, the V-22 has a top speed of 351 mph with a range of 1,011 miles.

Manufactured by Boeing Vertol, the CH-47 is among the heaviest lifting Western helicopters. The name Chinook is derived from the Native American Chinook people of the modern-day Washington State. The maximum takeoff weight of the Chinook is 50,000 lbs, and can be deployed in medical evacuations, disaster relief, search and rescue, recovery, and so much more!

The enlarged version of the Sikorsky S-60, the S-64 has a takeoff weight of 42,000 lbs. It has a six-blade main rotor and a four-bladed tail rotor. This aircraft was manufactured by Erickson Air-Crane but was originally designed by the Sikorsky Aircraft Corporation. The S-64 also has a range of 230 miles. 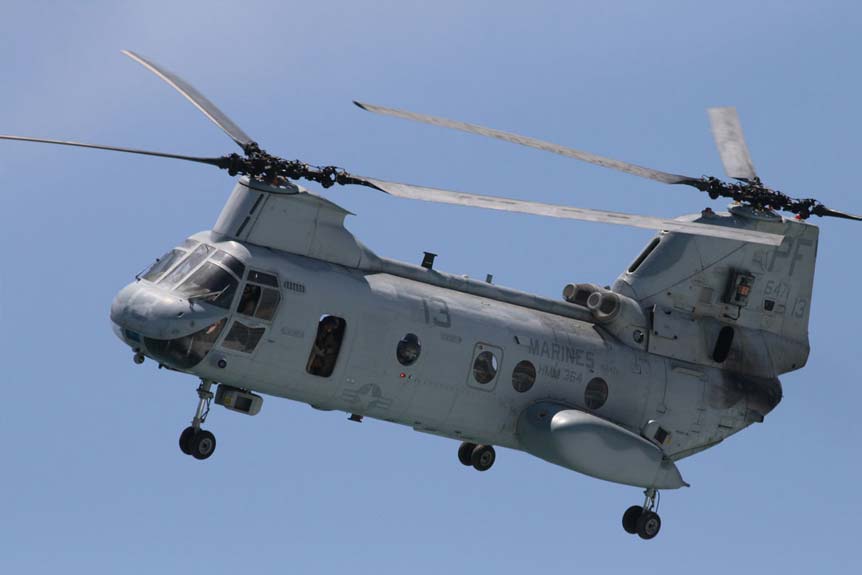 This medium-lift tandem-rotor helicopter is known as the Boeing Vertol CH-46 Sea Knight. Powered by twin turboshaft engines, the main role of this helicopter is cargo transportation. The aircraft was exclusively designed for the U.S. Marine Corps in 1961 and has a maximum takeoff weight of 24,300 lbs. The chopper is perfect for all-weather, day-or-night assault transport of combat troops and equipment.

Designed by the Mil Moscow Helicopter Plant, the Mi-38 was initially intended to be a replacement for the Mil Mi-8 and the Mi-17. It is operated by both military and civilians. This aircraft has already set five records in the E1h class. It can accommodate up to 30 passengers in transport missions and 16 stretchers when used as a hospital. This helicopter is ideal for operations in versatile environments such as maritime, tropical, and cold.